First job of the day was to cover the machine embroidery font display boards which are shown to customers choosing their embroidery style. This is the front of the board: 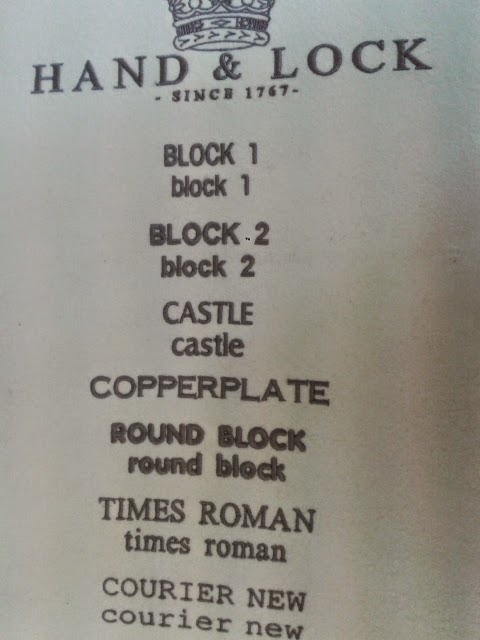 And the back of the boards looked like this before they were covered: 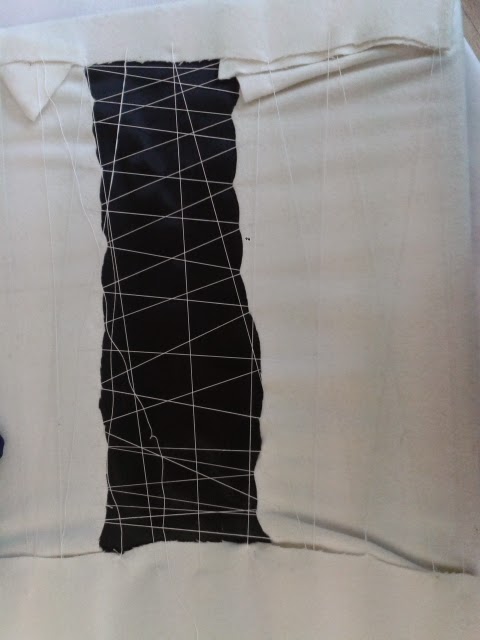 All those stringys criss-crossing everywhere were getting snagged on things and generally looking a bit untidy so they needed to be covered. One of the other interns and I found some navy blue fabric and stitched it on by hand, using the invisible stitch so that they would look extra neat. Here's the result: 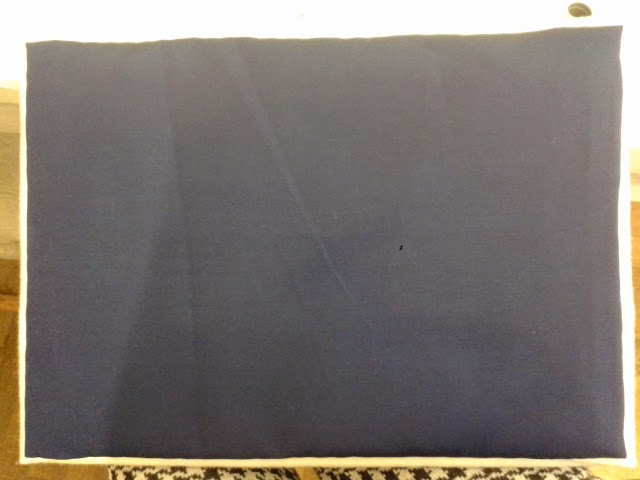 Much neater I think... I covered two of these which took most of the day as it was very fiddly sewing onto the hard backed board. After that I had to recover an embroidery frame with the backing canvas stuff, my most feared job after the other day, as major strength and multiple hands are required... but actually as I'd already done it once and had to re-do it, I knew what I was doing this time and did it right the first time and much faster than I previously had. A small victory, but a victory nonetheless!
After this day and yesterday's tricky sewing jobs my sewing hand is really hurting; still enjoying myself though and not gonna let some hand pain stop me from learnin some learns!
Posted by Sarah Appleton at 21:05