Day four was an odd job day; firstly we finished off the monogrammed pyjamas and then I was given a small task cutting embroidered letters out to be appliqued onto a blanket at a later date.
Here is the embroidery before: 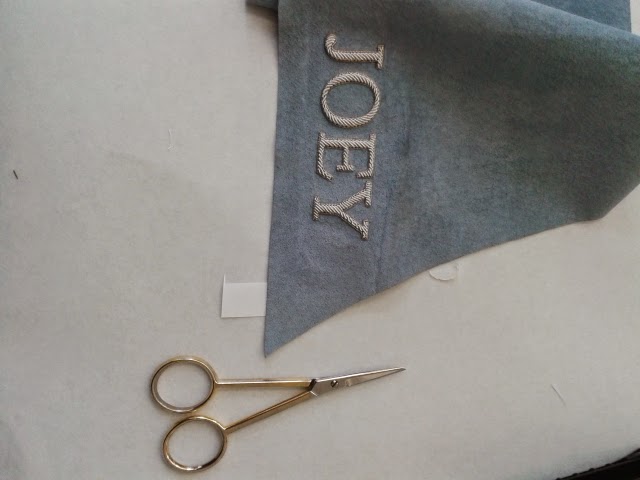 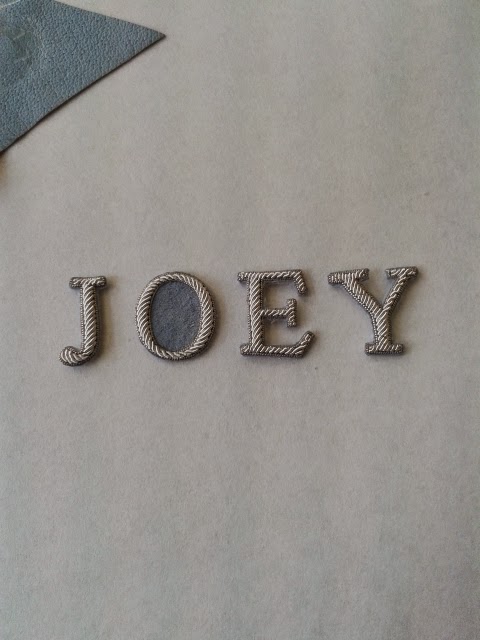 As you can see I had to cut them suuuper close to the edges which was quite tricky as there were lots of awkward angles and little bits to get into and of course I had to be careful not to snip the embroidery itself!
After that there wasn't really much else to do, so I was allowed to begin my own project learning a new technique right there with the masters of embroidery! I decided to learn Goldwork (which you can learn about if you click that link); I'm not going to give away all of Hand & Lock's secrets by going into details so I'll just show you a picture of the work so far: 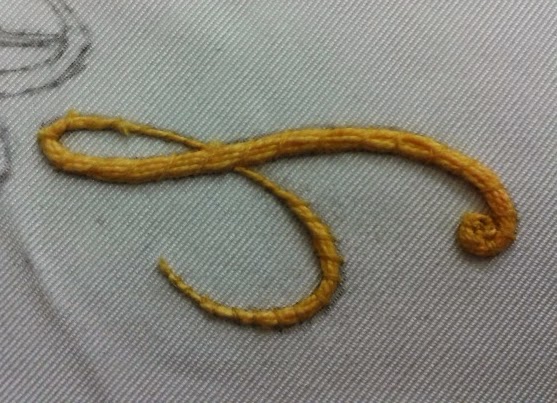 This is the first part, the couching down of threads. I've been told that I am pretty good at this for a beginner; in fact some of the staff couldn't believe I hadn't done it before which was a huge compliment and ego booster.

Day five began with the most difficult job so far; re-covering the embroidery frames. Here is a picture of what it looks like when it's finished: 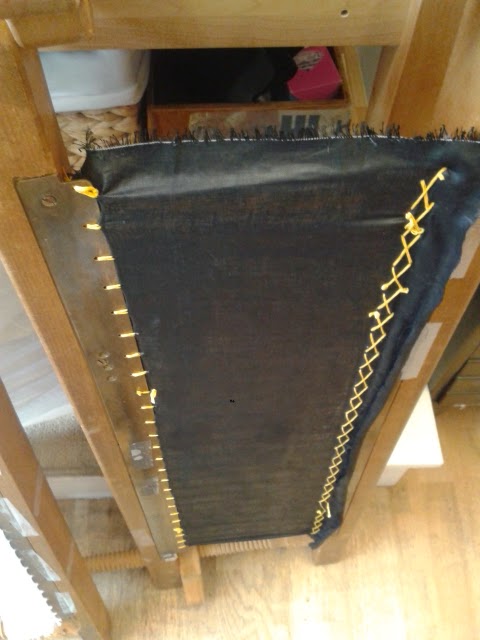 The black fabric is the part I had to attach and to do this you have to pull it very taught and stitch into place on the frame with a cross stitch, pulling the threads very tightly as you go. They need to be as tight as possible as sagginess would cause big tension problems when trying to embroider. I felt like I could have used an extra six hands to do this job - it was very painstaking and I had to undo it all and re-do it a couple of times but I got there eventually.
After this I had to accompany some of the embroidery ladies over to Selfridges as they have a monogramming stall stationed in the formal menswear section and needed help carrying equipment. This was a pretty exciting job, especially as I had never been to Selfridges before, which of course nobody could believe!
Here's the stand [almost] all set up in the menswear department: 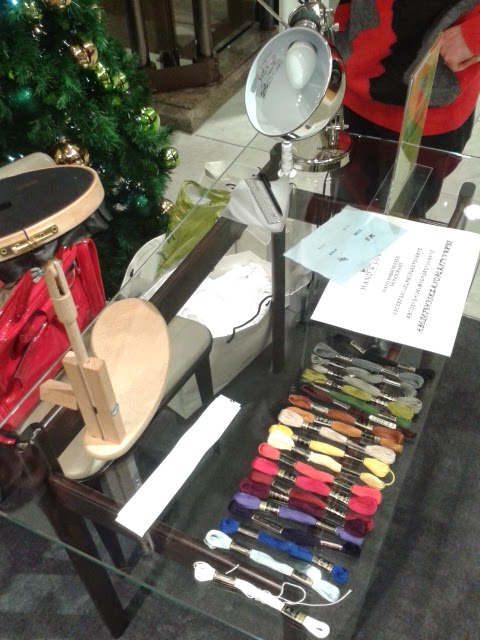 After that I did another odd job cutting jump threads and then was at a bit of a loose end again so carried on with my goldwork project. And that was my first week at Hand & Lock complete! I am really enjoying it so far and although London is like another world compared to Bournemouth it's also a lot of fun. Finally, as promised here's a picture of the completed christmas window that I helped to design and install (a bit blurry but you get the idea): 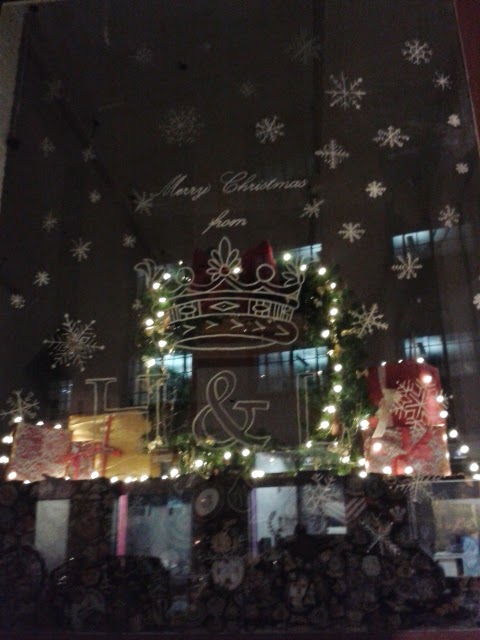