The Return Of The War Of The Worlds

I've spent all my spare time in the last month creating a new piece of work for the upcoming 'Textile Textures' exhibition at Walford Mill. It's a recreation of an old 3D beadwork sampler I made during my internship at Hand & Lock a couple of years ago, which was influenced by Science Fiction.
I tried to stay as close to the original work as possible, although not having access to the same materials meant that some of it had to change; however on the whole I think it came out even better than the original and I'm really glad that I had the opportunity to make it again for what will be a great exhibition!
Here's some photos of the new work: 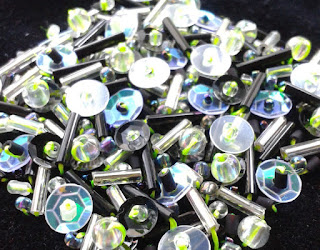 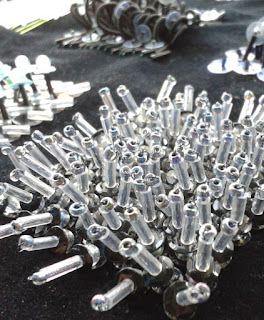 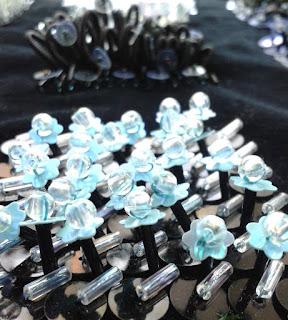 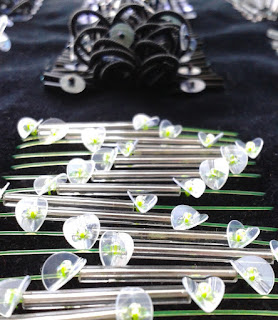 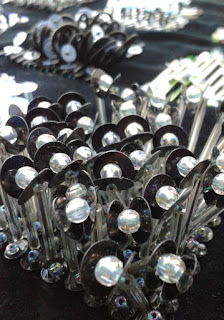 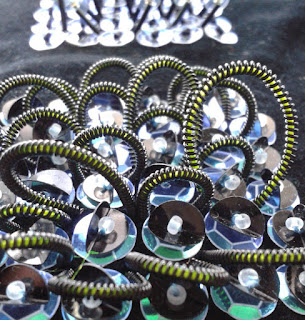 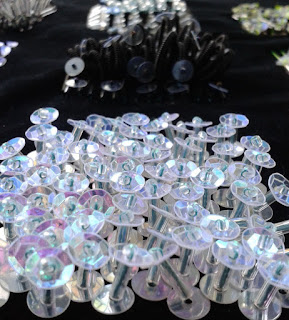 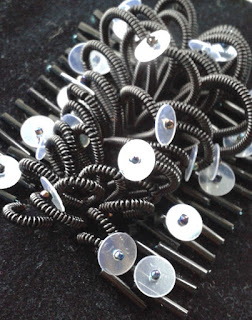 Although it's inspired by outer space, this work complements my Final Major Project degree work (which was inspired by deep sea creatures) in terms of colour pallet and general aesthetics. I really like that although both these projects were influenced by entirely different environments, perhaps those environments aren't so different; they are both relatively unknown to us humans and inhabited by 'alien' creatures (fictitious or not). The textures and patterns in these Science Fiction works really reflect some of the scaly, organic and bioluminescent characteristics I wanted to convey in my Deep Sea project and vice versa.
I painted my frame for this work pink to add a fresh, modern finish to it. Using traditional materials (beads, sequins, goldwork materials) in new ways and combining them with unusual or modern materials (fishing line, neon and metallic thread) in a simple sampler like this is a really fun way to stay inspired and broaden your abilities as an artist.
The Textile Textures exhibition will run from April 29th - June 4th 2017 and entry is completely freeeeeee!
Posted by Sarah Appleton at 17:56